I’m helping to celebrate the Blisse Kiss 100th Sunday Snog! (http://blissekiss.co.uk/100th/) There are  dozens of authors signed up, sharing that special kiss. There are excerpts, fun, and prizes! Yes, I said prizes. I will be drawing for mine in one week. So what is this amazing kiss I want to share?

What do you think of first kisses?

So much can be learned, but aside from that, so much can be felt. The race of your heart, the pounding of need, the flush of new desire. First kisses are like a first love. There just isn’t anything like one. Sadly, they only happen once, but, if they’re the right person, those first kisses launch into something so much better. So first kisses are the groundwork, the courage makers to go for it. And boy do these two go for it. In a big, and sexy way! 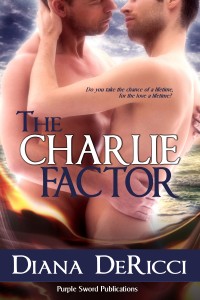 Do you take the chance of a lifetime, for the love a lifetime?

Charlie Baker is recovering, slowly. Nearly dying tends to make a man reflect on each day. Take into account that his injuries were caused by a premeditated murder attempt, and he certainly isn’t looking for a lover. He is barely welcoming to a friend unable to trust anyone, preferring to hide from the world hours and miles away from the memories.

Gregory Anders hadn’t intended to disturb the man in silent contemplation on the beach, but when his pup, Samson, takes matters out of his hands, he’s forced to at least apologize for his pet’s behavior. There’s no doubt for Gregory that Charlie could use a friend. Clearing the air up front that he isn’t gay helps Charlie to relax, allowing for the cautious beginning of a friendship.

Two men, both alone, for different reasons. What happens when friendship bears more? When support and affection turns into attraction?

Charlie stood, a flicker of understanding beginning to worm into his lust-addled mind. “You—you dressed like that for me?” Greg had dressed like that intentionally? He doubted he could’ve sounded more shocked.

A flicker of uncertainty chased by consternation shadowed Greg’s face. “Yeah. I guess I made a bigger fool of myself than I had even thought possible.”

He gave a nonchalant, dismissive glance, avoiding making direct eye contact. “Because I thought you were attracted to me. Like I said, it was a mistake.”

Charlie moved as though pulled by a gravitational force toward him, barely conscious of the weight on his leg. “Greg, what are you trying to prove? If you want the truth, yes, I’m very attracted to you, but it doesn’t matter. You’re straight, and you’re right. I don’t want to lose our friendship either. I just don’t understand what this is about.” He waved a hand up and down, encompassing the whole package.

Greg’s chest barely moved, each breath a steady paced action. “Because, believe it or not, I was miserable most of the time I was in California. I was either thinking about you, worried about you, or just wanting to talk to you. Because…” Greg drew a very slow, very deep breath, letting his arms fall to his sides to stand directly in front of Charlie. Something potent began to burn in his eyes. Something Charlie knew he should be fleeing from, but was unable to make his body obey. “Because sometimes happiness doesn’t come the way we’re taught to expect.”

Charlie shook his head. “Greg. What are you talking about? Happiness? What are—”

That was as much as he was allowed to say because Greg lifted his palms and cupped Charlie’s face. It wasn’t a sudden move, though the surprise of it stole Charlie’s ability to evade or defy him. Stole his ability to speak and think. He felt himself fall heart-first into the most amazing brown eyes. Charlie’s heart thudded like a freight train into his chest in answer to the yearning heat staring at him.

Greg’s lips hovered over his, warm breath that melted him to his bones. As a first kiss, it was awkward. Neither sure where to give, neither being the first to succumb.

Then, as if Greg had been his lover for a decade, he ran his fingers into Charlie’s hair and held him captive, tipping him to seal their mouths together, a sweet fusion. There was no strength, no boiling heat, no explosive fireworks.

It went worlds beyond any of that.

Charlie’s eyes sank shut in sheer bliss. He wrapped his arms around Greg, leaning into his strength, and Greg caught him. Every fantasy, every dream fell short of the real thing. Charlie lived in that kiss, in the moment. The press of fingertips in his hair kept him still for Greg’s exploration. Not demanding, not even questing, but learning with the gentlest of steps. It was the most chaste kiss of his life, yet the most stunning for that very fact. It stole Charlie’s strength until he felt weak from his eyeballs down.

Clawed fingers gripped onto chunks of black sweater when Greg released his lips.

Greg swallowed several times, staring into his eyes. “Would I sound completely naïve to say wow?”

Charlie smiled. “Not in the least.” He was breathing shallowly, panting as much as Greg was.

Charlie massaged him through the fabric of his sweater. “Confused, worried about your state of mind, but no, not mad.”

Greg chuckled, a crimson hue visible on his skin. “I can’t answer safely to any of that. Don’t go.”

“I wasn’t going, to begin with. I just didn’t understand, but now I do.” He pressed more evenly into Greg’s body, aware of every nuance as light honey lashes lowered over brown eyes growing hazy. Physically, they were a perfect match, their heights comfortable and Greg a little broader and stronger. Perfect. “Tell me why,” Charlie whispered, adjusting his weight. Greg had messed him up so bad, he’d forgotten his cane by the couch.

“Something that was pointed out to me while I was gone. I suspected, but wasn’t sure about what was happening with me. Less sure of myself than you, I’ll put it that way. I’ve never feared it, just never expected to feel this way because of a guy. It was unsettling,” he finished quietly.

Greg molded him closer, his voice lighter as the tension that had filled them both dissipated. “All of that.”

Charlie didn’t ask him to divulge more. He didn’t have it in him to give in return. Not emotionally, and he knew physically he was damaged with no way to hide it. But he did understand what Greg was telling him. He wasn’t going to shy away from the attraction just because Charlie didn’t have boobs. It was almost a relief. At least for the moment. The tension of the evening had been excruciating.

For tonight, a kiss he could give, and maybe a few more. Then he would have to see what tomorrow would bring.

Gregory was still a little stunned at himself. In all honesty, he hadn’t been able to stop himself. Who knew a kiss could feel like that? As though he stood in the warmest beam of sunshine on a spring day while being kicked in the gut by a Kentucky mule. Electric and mind-shattering.

He should have known anything to do with Charlie wouldn’t be ‘normal’ as he knew it.

Wide, green eyes stared into his, patient and warm. And it blew his mind that he wanted to kiss him again. He kneaded his scalp under gentle fingertips, one hand drifting to caress a firm jaw. Nothing soft here. Charlie’s face wasn’t harsh, but it was strong. A long nose, full lips… He brushed his thumb over Charlie’s lower lip, testing. A puff of warm breath flowed over his skin as he did.

“Can I kiss you again?” he asked, feeling sixteen all over again. Blood raced through his body, and if he were any more turned on, he’d come in his jeans. He couldn’t believe how much he was feeling. He wanted to remember everything to savor it all later.

In answer, Charlie tipped and Gregory closed the distance naturally, as though they’d kissed a thousand times. The awkwardness was minimal, the strangeness making him tremble, but it was the excitement that made him push for a little more.

He sipped at Charlie’s upper lip and felt the man shake against him. Charlie was letting him find his way, discover each moment for himself. With his eyes closed, he could only feel. Then he danced the tip of his tongue over Charlie’s lips, learning their shape, their heat, amazed at the softness when he’d never once considered how a man’s kiss would feel, or taste. Charlie’s moan almost knocked his legs out from underneath him.

Gregory sucked a hard gasp, yanking free of the kiss.

With a tight brow, Charlie followed his retreat. “You okay?”

Gregory gulped. “Yeah. Just…” He let his hands fall. Rather than letting him go, they landed at Charlie’s waist. “I…” He bit his lip and groaned, fighting to get his body to obey. He wasn’t sure how to take it to the next level, but if he did, he knew he’d have taken things a whole lot farther than just a kiss. When he found Charlie watching him, he was smiling softly, amusement clear in his gaze.

Gregory nodded. Was it possible to get a buzz from a kiss? He felt shaky and dizzy, as though the floor were rolling beneath his bare feet. Charlie’s hand flitted over Gregory’s neck to pluck through his hair, teasing. Mini shocks struck from every touch, every brush of skin against him.

Now for the question for the entry. Yeah, you knew this was coming. 🙂  Find the book listing on my MM Page, and read the excerpt linked The Charlie Factor. Tell me what catastrophe Samson saves Charlie from at their first meeting.  That’s all there is to it.

One thought on “It’s a Sunday Snog!”