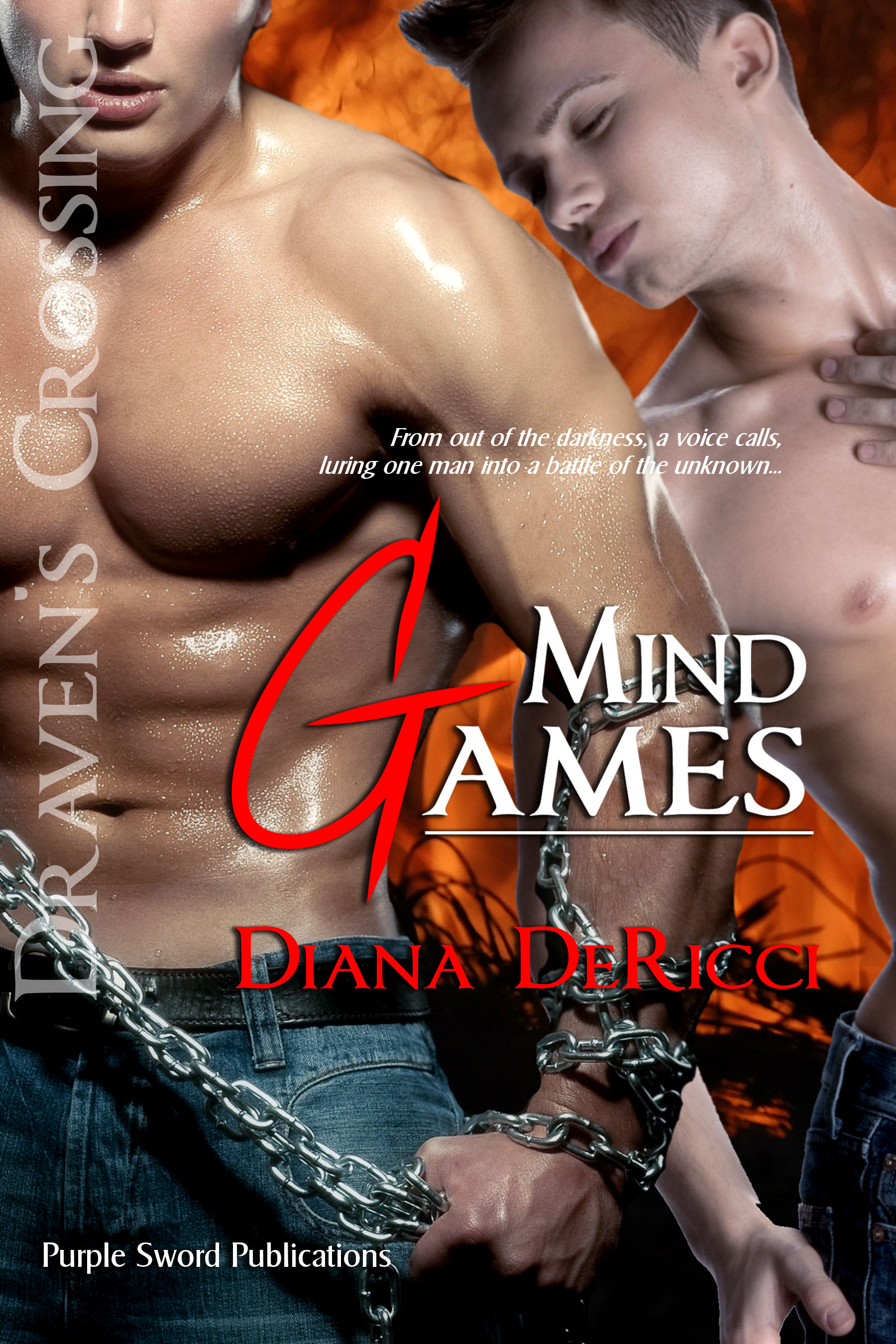 From out of the darkness, a voice calls, luring one man into a battle of the unknown.

Jackal has lived a well-guarded secret his entire life. A being of immense power, he understands and accepts the loss and emptiness of never finding a soul to love, yet endures because it is his only path. Eternal life means none who walk the earth could comfort him for long.

The only one who could understand his plight has lived for just as long: a vampire. Taken by surprise and tortured, Kristof’s agony pulls Jackal to him in the dream realm, forging a bond that is unexpected and unexplained.

But now that they’ve connected, will the darkness that hunts all para-kind in Draven’s Crossing destroy them?
Excerpt:

Time. There always seemed to be time. Jackal flitted between dreams. In the surreal world of dreams, time was never an issue.

“Who are you?” he murmured, his voice thick. He knew he was asleep, but he was being drawn irrevocably toward something.

A raw voice reached out to him. “Help me.”

Jackal frowned. His body felt sluggish. It was hard to move, like forcing his way through quicksand, or thigh-high swamp water, the silt sucking at his feet with each step. He was reaching for someone, of that he was sure. He cocked his head, listening. “Where are you?”

He froze, his heart racing. Jackal hadn’t expected a literal answer. He’d never received one before. “Where are you?” he demanded, now getting worried. Anxiety made his words sharp. “What’s your name?”

“Kristof. I can hear you.” The words were dragging, confused. “So tired.”

“Don’t speak.” Jackal intensified his thoughts, forcing himself above the suck of the dream weave. Further disembodied, he floated, coursing through time and space. He’d had plenty of dream excursions, but no one had touched him as intrinsically as this voice. Something dire and desperate waited beyond his reach, needed his help. He knew he had to answer.

Soon, images began to form out of the swirls of his dream. Buildings. Street shapes. Sounds. A world at night.

Cautiously, he landed on a sidewalk. The chill of late night filled the air, hazy stars glinting overhead, as though seen through a thin gauze sheet of clouds. “Kristof?” The sound of his voice was a whisper between his ears. It shook him to his soul that this being was reaching for him.

A roar of pain almost threw him completely back into his own body. Staggering where he stood, Jackal shook his head. This was not normal. He could hear them, but never had a dreamer heard him, or responded, trying to reach out for him. It was almost as though he were being pulled in this direction by sheer will. Steeling himself to move forward, he let the fading tremors of pain guide him. Kristof couldn’t speak. A sense of connection lurked between Jackal’s soul and this man’s subconscious. It was the most the other man could manage, and for even that, Jackal was sure Kristof was hurting because he had to stay cognizant for the thread to remain.

“Hear me, Kristof. Help me find you.”